A nominal interest rate is the theoretical or stated interest rate on an investment, usually expressed as a percentage of the principal amount.

The nominal interest rate doesn't take into account inflation and other factors that will erode the purchasing power of the investment over time.

Why Does the Nominal Interest Rate Matter?

The nominal interest rate is the starting point for most investment decisions and analyses.

Investors look at the possible gains against their risk profile, calculate a required return based on that information, and then compare it to available investments.

How to Calculate the Nominal Interest Rate

There isn't one single formula used for determining what an individual's or company's Nominal Interest Rate is. One can calculate a nominal interest rate by using this equation: 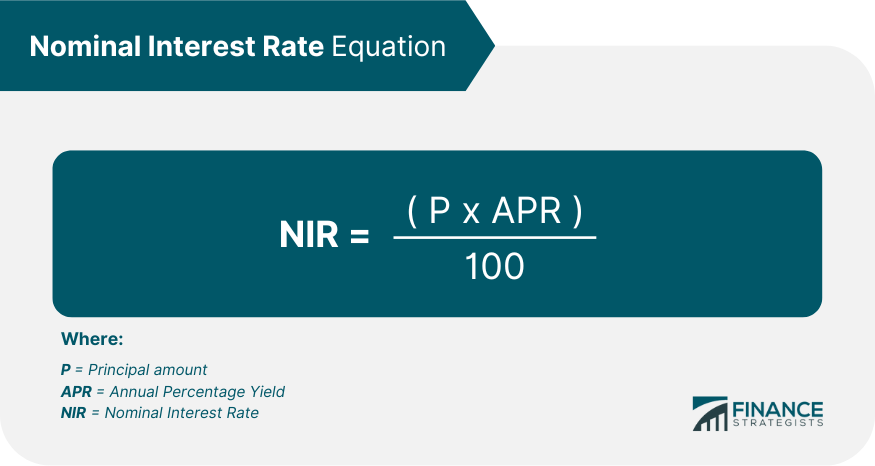 The real interest rate takes into account inflation or deflation of purchasing power over time (the price level) whereas the Nominal Interest Rate does not factor this in.

Well-known economist Irving Fisher coined the Fisher Effect which is a theory that describes the relationship between nominal and real interest rates.

In an equation, it can be illustrated as:

Furthermore, the nominal interest rate can also be calculated through this formula: 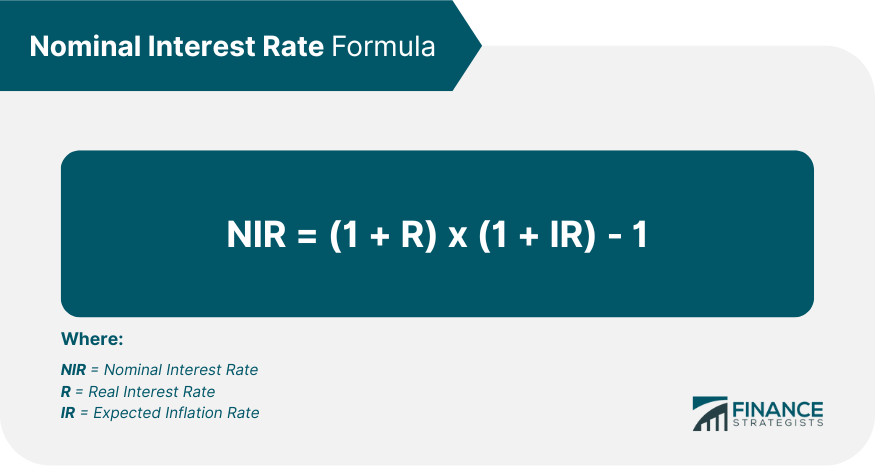 For example, a certain savings account carries a real interest rate of 5% at an expected inflation rate of 3%.

To use the first equation under the Fisher Effect, we find that: 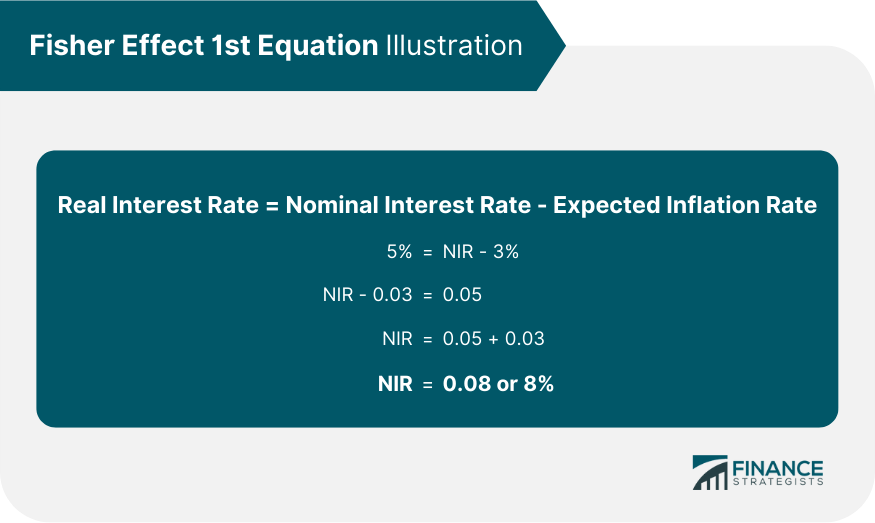 Using the second equation under the Fisher Effect: 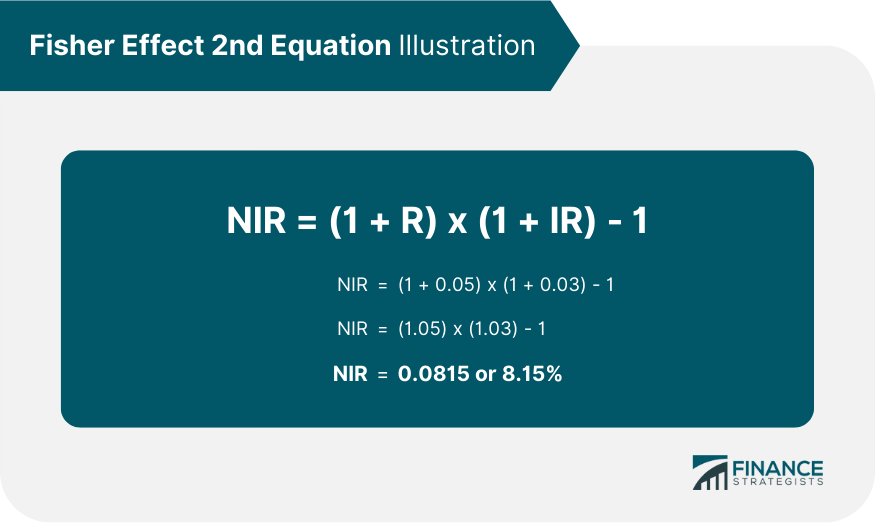 Both equations produce an approximately similar result with the nominal interest rate at 8-8.15%

Implication on the Use of Nominal Interest Rate

The nominal interest rate is just one component of any investment decision and should never be used in isolation to make decisions about an investment, particularly given that inflation exists over time.

The Fisher Effect helps provide clarity into understanding how real rates are determined based on expected future inflation levels.

What is nominal interest rate?

A nominal interest rate is the starting point for most investment decisions and analysis. Investors look at the possible gains against their risk profile, calculate a required return based on that information and then compare it to available investments. The real (or inflation-adjusted) interest rate takes into account inflation or deflation of purchasing power over time (the price level) whereas nominal interest rate does not factor this in.

How is nominal interest rate calculated?

In financial analysis, nominal returns are typically used as a starting point for comparison across different investments. Inflation is often not taken into account when considering nominal returns since the intention of most investors is capital appreciation rather than preserving purchasing power or inflation-adjusted income. For this reason, nominal interest rates and real interest rate calculations can be used to analyze nominal returns and determine if the investment is appropriate for an investor's risk profile.

What is the Fisher Effect?